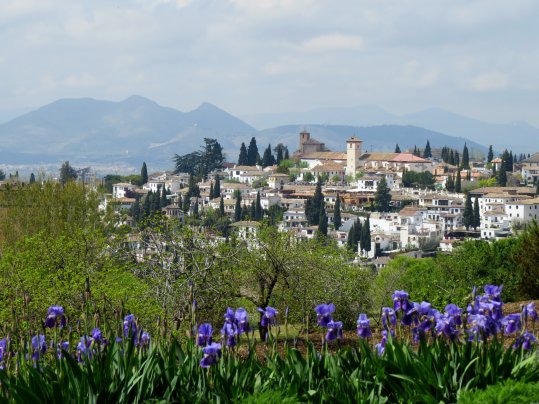 Granada is located near Spain’s Sierra Nevada mountain range in the eastern part of Andalucia. Granada — not to be confused with Grenada, the Caribbean island — isn’t as well known as some of Spain’s other cities, but it is just as charming and one of my favorite places I visited on my trip. As a side note, If you ever book a plane ticket to Granada or Grenada, make sure you’re going to the right place, unlike this unfortunate grandmother from the UK or this American couple. 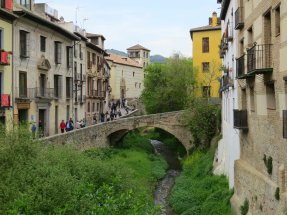 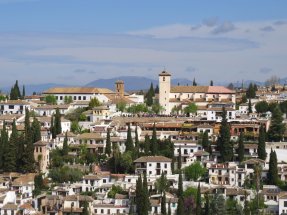 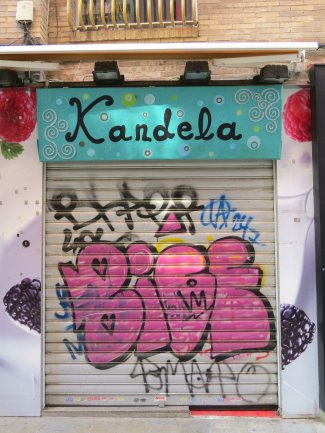 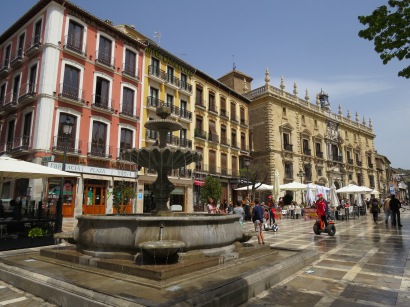 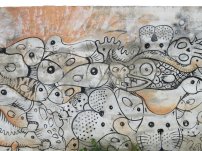 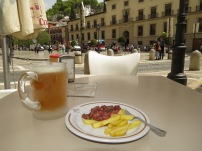 The title of this post references ‘free tapas’ because with every drink purchase in Granada, most restaurants will give you free tapas. As far as I understand, the free tapas custom used to be more common throughout Spain, but now Granada is one of the only remaining places where this is still true. The free tapas weren’t anything spectacular, but I could sit down, purchase a couple of cheap beers and get a free lunch or snack out of it. The food that I actually paid for in the city was excellent.

Beyond the beautiful mountain scenery and delicious food, Granada also offers numerous cultural and historical attractions. Like much of southern Spain, the Moorish influence is quite obvious here, and walking down some of the streets in the city gave me flashbacks to my time in Morocco. In fact, one of the neighborhoods, the Albayzin, had the same winding streets and merchant stalls that you might see in the Marrakech medina, only calmer…much calmer. The Moorish influence can also be found in some of the city’s main attractions, which I’ll detail below.

The Alhambra, a former Moorish palace and fort, is Granada’s main attraction, and one of the most visited attractions in Spain. Getting tickets to the Alhambra proved more difficult than I expected, and the earliest I could purchase the tickets was two days out (not even during tourist season). It is recommended to purchase your tickets online before you arrive. Despite the struggle to gain entrance, once I was finally through the gates, it was well worth it.

The Alhambra is impressive in many ways: the buildings and history are fascinating, the views of the Sierra Nevada mountains and the city below are exceptionally beautiful, and throughout the Alhambra are colorful, well-manicured gardens that add to the atmosphere. Walking through the large stone archways and climbing to the top of the palace’s towers gave me an impression of what it might have been like to live there during its golden age (the constant conflicts and invasions were not part of my fantasy, for the record). 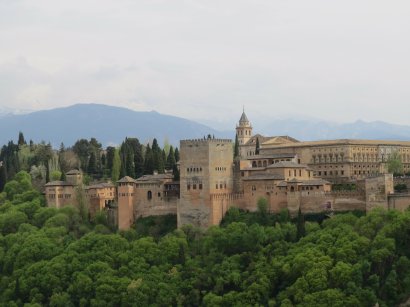 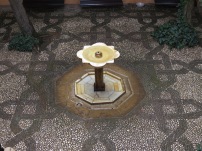 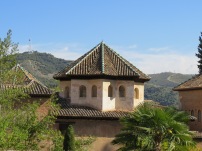 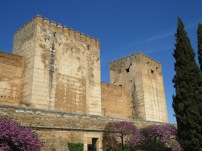 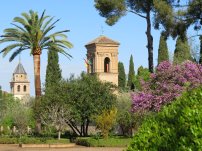 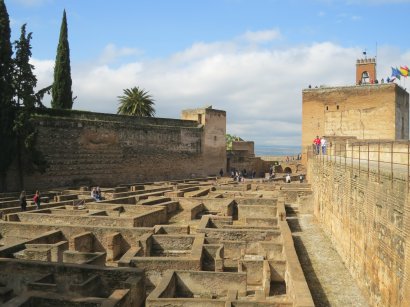 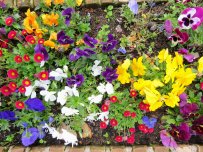 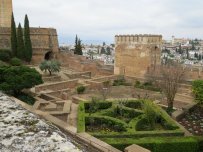 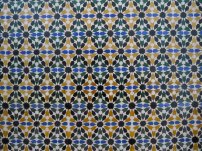 Of all the buildings and gardens in the Alhambra, the Nasdir palace is the most beautiful. In the center of the palace is the Court of the Lions, an open-air patio with a lion-themed fountain. The palace has been worn down over the years, but in each room you can still find some of the most intricate and beautiful tile work and carvings. One of my future posts will focus on these pieces in more detail.

In the early 1800s, American author, Washington Irving, visited Granada and lived in the Alhambra, with permission from the governor and arch-bishop. During his time, Irving wrote The Tales of Alhambra which was published in 1832. A plaque inside of the palace commemorates his time spent living there. 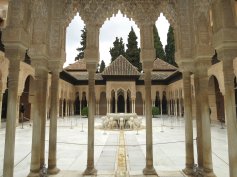 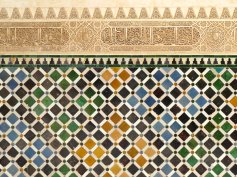 A little further up the hill, next to the Alhambra, is the Generalife, another palace that was constructed in the early 14th century during the reign of Muhammed III. The palace consists of two gardens and a whitewashed building centered around a courtyard. Like other Moorish buildings in the region, water plays a central role in the Generalife’s design and aesthetics. It is fascinating to see how water is diverted around the palace. For example, some of the staircases had water running through special channels in the floor and in the stone railings. 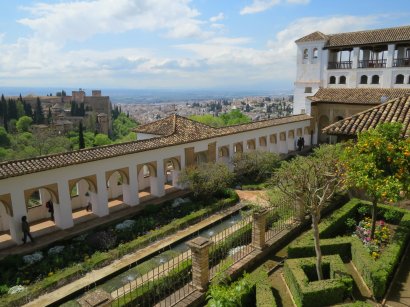 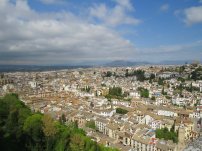 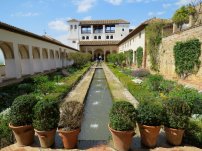 The Granada Cathedral sits in the center of the city, surrounded by winding streets and plazas. The cathedral was built over several decades in the 16th century, so the architecture shows both Gothic and Renaissance influences. All around the cathedral are merchant tables and stalls selling vibrant and exotic spices. And like many cities, I had a great deal of fun people watching. In front of the entrance to the chapel, a creepy street performer would come to life at random times, scaring the tapas out of people that passed by. Later, I had a teenage girl propose to me as part of some video she and her friends were making (at least that’s what they told me). 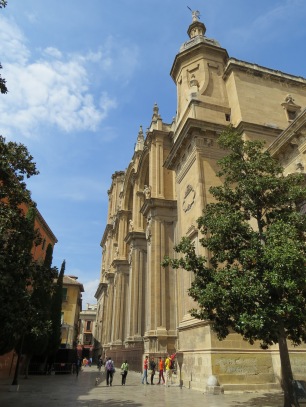 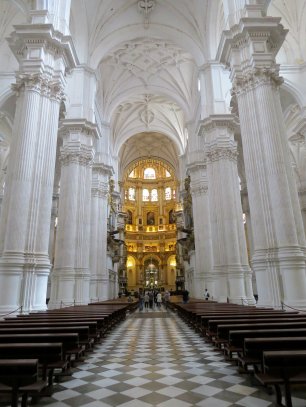 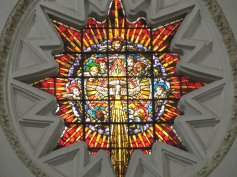 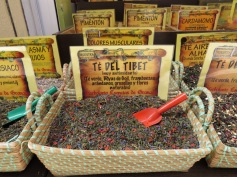 The Monastery of San Jerónimo is a Roman Catholic monastery built in the early 16th century. The monastery was occupied by the Hieronymite Order until their eventual removal during the Napoleanic Wars. In the early 20th century, damages to the monastery were repaired and the Hieronymite Order returned. Intricate and detailed Christian iconography are found throughout the monastery, but the chapel is especially beautiful. Orange trees are planted outside of the monastery and inside of the main cloister — a subtle sign of the Moorish influence in the region. 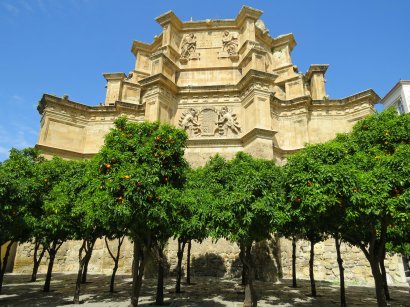 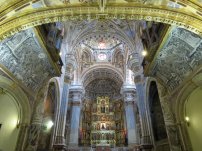 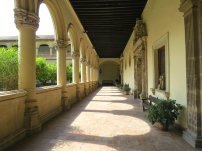